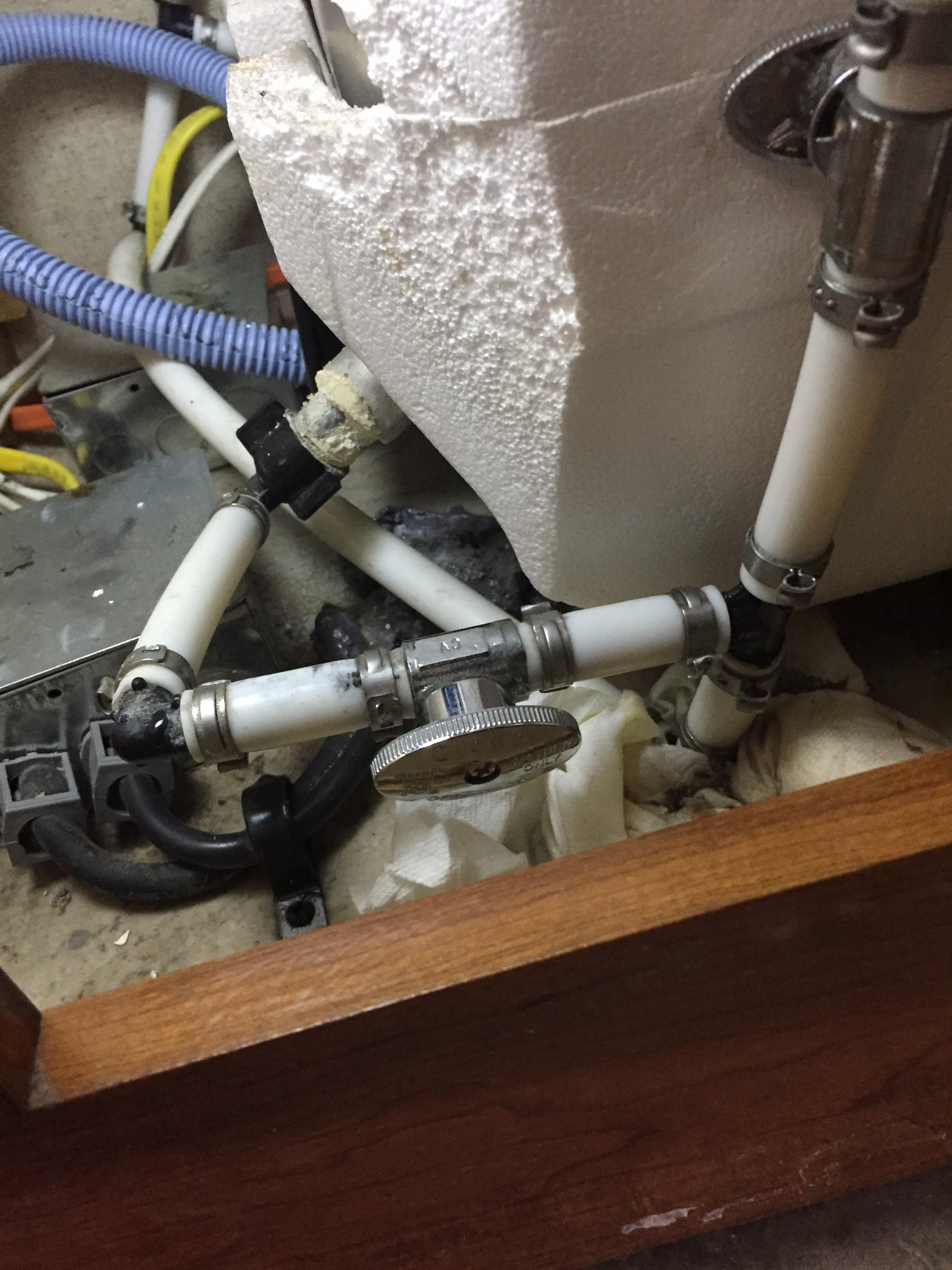 These are the things that don’t make it on Instagram. They aren’t very exciting. And in the case of the plumbing, they can be complicated and expensive. But since we’re driving our home over the road, this stuff is going to happen.

Ever heard of fire ants? Yeah, I hadn’t, until they decided to invite themselves into our motor home via our electrical cord when we were parked in Pensacola. We have never had bugs in the camper, I mean, we’re from New Mexico. We have bugs, but nothing that’s dying to come into the camper.

These ants are the worst. They look all innocent and then they crawl on your foot and bite the living daylights out of you. My son had bites all over his foot.

I did some research, aided by my colleagues who live in the south, and I am happy to say, the ants are no more. I have spray that kills them when they get inside and powder that we can put down around anything that leads inside from the outside. Come at us, ants. We are ready.

When we left the Tampa area on Wednesday everything was fine. When we parked in Fort Meyers later than day, the motor home wouldn’t pull power from our designated electrical post. We tried the 6 posts that our cable would reach. Nothing. The campground host was super sweet about it and we all got down to troubleshooting.

What could have happened between those stops? As it turns out, nothing. For some reason the pedestals were goofy. Eventually, after turning breakers on and off a million times in the camper and on the post, trying 30 amp, trying 50 amp, we finally figured out the right combo or turned things on and off enough times.

We were about at our wits end on that one, because basically we knew we were looking at a big bill to some RV fixit shop, or heading home, or something. Close call.

So while all this electrical nonsense was happening and we were trying to get rid of the ants, I noticed that a steady stream of water was coming out from behind the toilet. We’ve always had a tiny damp spot behind the toilet. I liked to think it was condensation. If you believe it to be true then it must be true, right? Nothing a face towel shoved back there couldn’t fix.

While this was happening, I saw the wood at the base of the kitchen counter was wet too. When it rains it pours, right?

It was another leak that I had been hoping was condensation. Not as bad as the bathroom, but over time has basically ruined the bottom inch or two of pressed wood where the wood meets the floor.

At this point I was dreaming of plastic kitchen counters.

When Al got back we decided to turn the water off and he called some mobile RV repair shops. Hello $$$. If only we were handy, that is a solid business model.

So the repair guy comes out, replaced all the things, told me how to look out for other leaks, and our home is ship shape. Our pockets are lighter, but it’s good to know that nothing is going to rain on our parade for the foreseeable future. 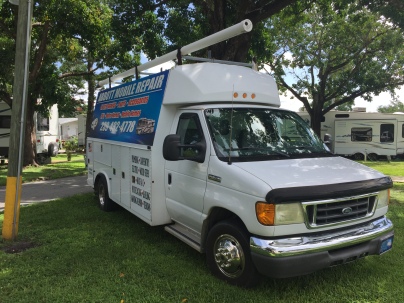 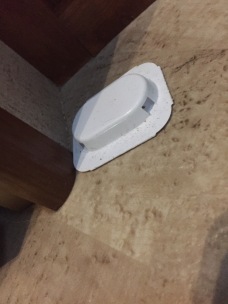 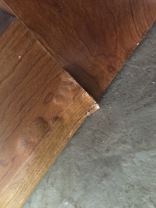 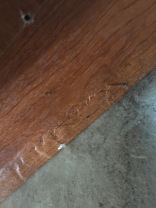 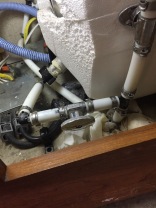 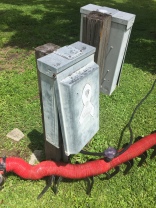 There is so much to love about being on the road. Life is simple. Pests and stuff breaking is not simple. I’m just glad we were in an area where we could get the repair done so quickly and be back the simple life again.

3 replies to “Repairs: The not so exciting side of RVing”